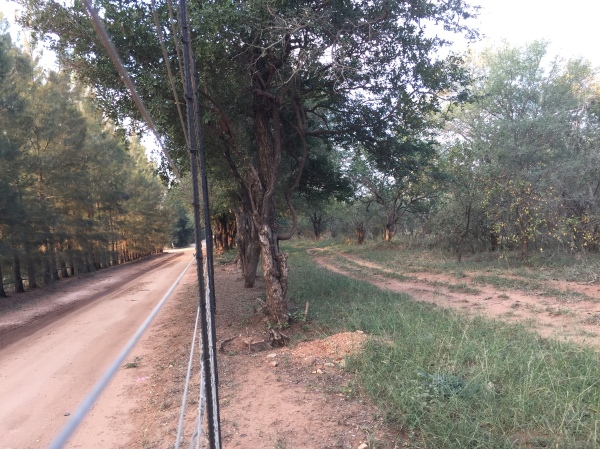 We have initiated a new research programme investigating the potential for a transformative mode of conservation policy and practice we call convivial conservation. This is partly undertaken through a project (CONVIVA) funded by Belmont Forum and NORFACE. Publications exploring aspects of this research include the following:

2020. Büscher, B. and R. Fletcher. The Conservation Revolution: Radical Ideas for Saving Nature beyond the Anthropocene. London: Verso Books.

We have also begun a new project investigating responses to growing concern with a problem termed ‘overtourism’, that is, the rapidly increasing numbers and impacts of tourism development, particularly in ‘mature’ (i.e. longstanding)  destinations in Europe and beyond. Our research addresses the potential for ‘degrowth’ (reducing resource throughput and economic activity) to function as a guiding framework to address this problem. Publications related to this project include the following:

2019. Fletcher, R., Blázquez-Salom, I. Murray and A. Blanco-Romero, eds. Journal of Sustainable Tourism 27(12), special issue on “Tourism and Degrowth.”

For the past fifteen years, I have been conducting ongoing research concerning what I call the “cultural dimensions of ecotourism,” that is, the social forces that motivate a certain demographic – mostly white, upper-middle-class members of postindustrial societies – to pursue the types of activities (outdoor, rugged, physically challenging) characterizing ecotourism, and the cultural impact of this in the places where ecotourism is promoted as a sustainable development strategy.  This study began with my dissertation research, a multi-site analysis focused on whitewater tourism in California and southern Chile.  After moving to Costa Rica, I continued this research in the place that has been called “ecotourism’s poster child,” and have conducted a short stint of exploratory research in Colombia as well.  Aspects of this research have been published in the book and articles listed below.

2012. “Contradictions in Tourism: The Promise and Pitfalls of Ecotourism as a Manifold Capitalist Fix.” (First author w/ Katja Neves) Environment and Society: Advances in Research 3(1):60-77.

2011. “The Only Risk is Wanting to Stay: Mediating Risk in Colombian Tourism Development.” Recreation and Society in Africa, Asia & Latin America 1(2):7-30.

2010. “The Emperor’s New Adventure: Public Secrecy and the Paradox of Adventure Tourism.” Journal of Contemporary Ethnography 39(1):6-33. 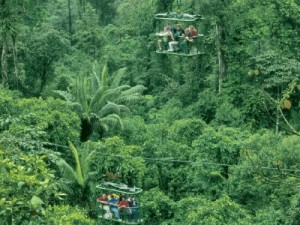 For the past ten years, I have been investigating a growing trend whereby conservation policy and practice in Costa Rica – as throughout the world – increasingly emphasizes decentralized governance structures, public-private partnerships, and reliance on market mechanisms to incentivize conservation by attaching sufficient value to in situ natural resources that users will choose to preserve rather than extract them.  This trend is expressed, among other measures, in the growing popularity of ecotourism and payment for environmental services (whereby owners of forest parcels are paid to conserve them), as well as more recent mechanisms such as international carbon markets, environmental derivatives, species banking, and so on.  This process of neoliberalization is dramatically transforming the way conservation is practiced these days, and my research seeks to  understand these changes and their impacts on conservation outcomes.  Findings have been published in several places, as detailed below.

2010. “Neoliberal Environmentality: Towards a Poststructuralist Political Ecology of the Conservation Debate.” Conservation and Society 8(3):171-181.

Concurrent with my ecotourism research, for the part 15 years I have also been investigating a more general trend whereby environmental governance around the world is increasingly subject to forms of market discipline commonly termed neoliberalization. This study has been conducted via field research in Costa Rica and elsewhere as well as through investigation of policy discussions in international meetings. Aspects of this project have been published in the following places.

2019. “On Exactitude in Social Science: A Multi-Dimensional Proposal for Investigating Articulated Neoliberalization and its ‘Alternatives.’” ephemera 19(3): 541-566, special issue on “Peak Neoliberalism.”

2018. “License to Kill: Contesting the Legitimacy of Green Violence.” Conservation and Society, special issue on “Political Ecologies of ‘Green Wars.’”

2015. “NatureTM Inc. Redux: Towards a Dialectic of Logics and Excess.” (Third author w/ B. Büscher and W. Dressler) Environment and Planning A 47(11): 2404-2408, special symposium on NatureTM Inc.: Environmental Conservation in the Neoliberal Age.

2014. “Conclusion: The Limits of NatureTM Inc. and the Search for Vital Alternatives.” (Third author w/ W. Dressler and B. Büscher) In NatureTM Inc.: Environmental Conservation in the Neoliberal Age, B. Büscher, W. Dressler, and R. Fletcher, eds. Tucson, AZ: University of Arizona Press.

2014. “Orchestrating Consent: Post-politics and Intensification of NatureTM Inc. at the 2012 World Conservation Congress.” Conservation and Society 12(3): 329-342.

2010. “Neoliberal Environmentality: Towards a Poststructuralist Political Ecology of the Conservation Debate.” Conservation and Society 8(3):171-181.

An ongoing side interest of mine explores the motivation for and impact of resistance and social movements addressing environmental issues.  This began with my Master’s research, which sought to understand why indigenous Pewenche in southern Chile reacted to differently to the prospect of displacement by a hydroelectric dam, with some enthusiastically embracing resettlement while others fiercely resisted.  This led to an offer to put together an edited volume charting the future of resistance studies, which had become somewhat stagnant in recent years.  I continue to address this theme in my current research by exploring growing opposition to a major new round of big dam construction currently underway around the world.  For details of all this, please see the following publications.

2018. “License to Kill: Contesting the Legitimacy of Green Violence.” Conservation and Society, special issue on “Political Ecologies of ‘Green Wars.’”